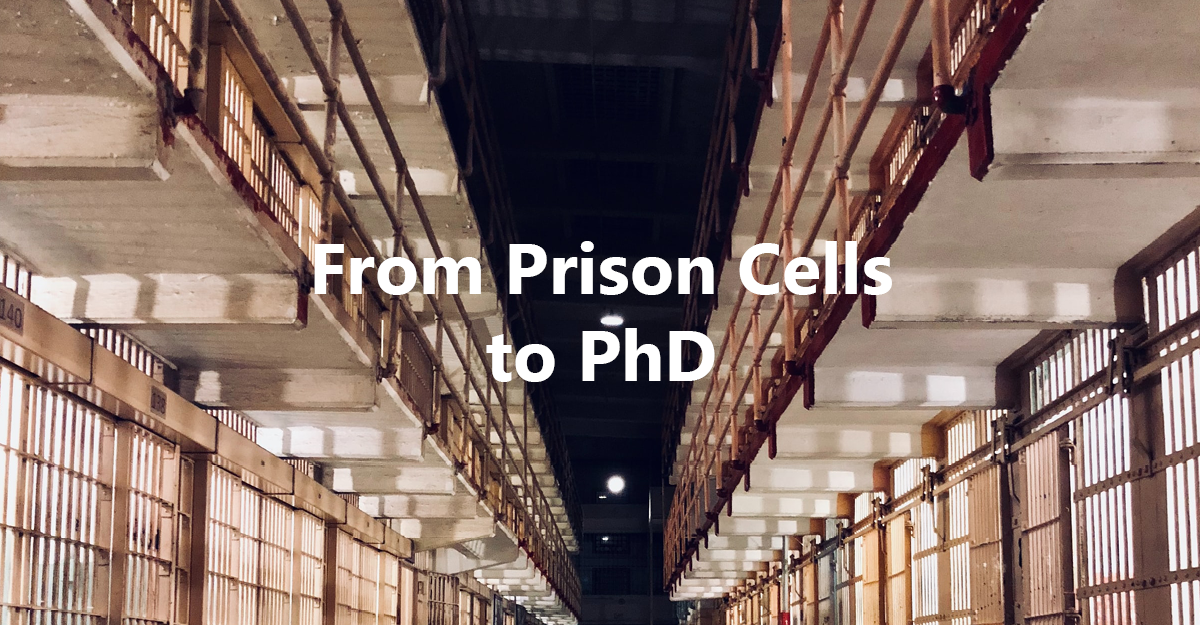 I had some credits I needed to spend on Audible, so I was browsing the memoir new releases. That’s when I found Stanley Andrisse’s From Prison Cells to PhD. As interesting as it looked from the description, I still not prepared for how much I absolutely LOVED this book. This is an absolute must read if you enjoyed Bryan Stevenson’s Just Mercy.

Stanley writes about his experience as a drug distributer and how that life landed him in prison. When he was young, Stanley’s father always told him, “It’s never too late to do good.” Although Stanley didn’t fully comprehend his father’s words, they would guide him throughout his life.

Stanley started selling drugs as a way to get money. He discovered that he could make good money quickly by selling drugs. As he built connections, he managed people and moved significant amounts of drugs in the midwest. He was convicted of two drug offenses before he decided to get out of the business.

When Stanley visited a friend, they got into his car and were promptly pulled over by police. The police found his friend’s bong. Because of a “three strikes” lifelong criminal law, Stanley was convicted and sentenced to ten years in prison. After he got out of prison, he earned a PhD and became a diabetes researcher for Johns Hopkins University.

Inside the Prison Experience

Prison traumatized many people convicted of felonies. Stanley faced harassment, violence, and death threats while in prison. He saw more than one person killed and struggled to sleep during his years in prison.

After prison, Stanley watched many friends return to a life of crime because it was hard for a felon to find honest work. As he searched for jobs, Stanley was turned away because no one wanted to hire a convicted felon.

The post-prison struggles weren’t limited to work, though. Stanley struggled with dating. If he told a woman too soon about his convictions, he never got the chance to build a connection before they left. If he told them too late, he was perceived as dishonest.

When Stanley finished his PhD, he appreciated the application process for becoming a researcher. These positions didn’t require a form where he’d have to check a box indicating that he’s a felon. They just wanted information about his qualifications. Only after he had a job offer did the HR department look into his history. Even with his prior conviction, he was hired as a researcher for Johns Hopkins University.

Although outsiders are inclined to think Stanley’s story of success after prison is exceptional, he writes that he doesn’t want people to think he’s an exception to the rule. He founded P2P, a nonprofit that helps convicted individuals get education and employment after prison.

Stanley’s work focuses on the idea that education is the best way to prevent recidivism. Instead of continuing the punish people after they’ve served their sentences, colleges should help equip them for a life outside of crime.

Studies show that colleges that allow felons as students are no less safe than those that don’t. In fact, most violent crime on college campuses is perpetrated by individuals without criminal records. Universities should not deny a person’s application based on prior convictions.

Writing – This memoir was beautifully written. The style was easy to follow and Stanley presents his history and advocacy in a clear way.

Story – Stanley’s memoir was compelling from start to finish. I listened to this book over the course of three days, although I wanted to listen to it all in one sitting. He shares his life story in a fairly linear way, helping readers to see all the things that factored into his decisions.

Mature Content – There is language and violence throughout the book. Stanley also details years of work as a drug distributer. Although he handles topics suited for mature audiences, he does so in a way that isn’t overly graphic.

Likability of Author – Stanley was very likeable. He was remorseful about the crimes he committed and some of the less likeable things in his past. Although he balks at the idea of being called inspirational, I found him to be just that.

BONUS Audiobook Review – I always love listening to memoirs narrated by the author, and this was no different. It was great hearing his inflection and how he described events. I highly recommend this audiobook if you’re looking for a way to spend your Audible credits.

In his book From Prison Cells to PhD, Stanley Andrisse reflects on his crime, conviction, and post-prison life. He writes about all of the factors that led to his ten-year prison sentence and thoughtfully reflects on the ways the system leads to recidivism. If you enjoyed reading Bryan Stevenson’s Just Mercy, this book is an absolute must-read. For those who enjoy audiobooks, the Audible version of this book is exceptionally good. This is the best book I’ve read so far in 2021!