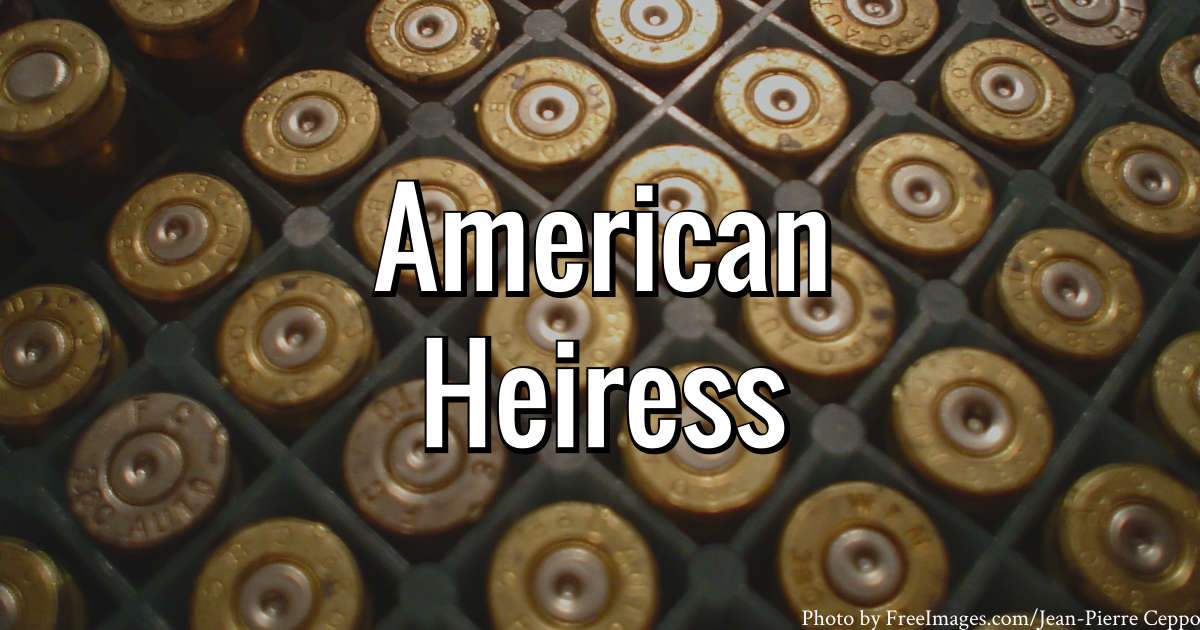 American Heiress is an interesting read about a turbulent time in history and the place of Patricia Hearst’s kidnapping case within that time. Jeffrey Toobin’s book will leave you questioning whether Patricia is guilty or innocent in the crimes she committed after being taken.

Patricia Hearst was kidnapped in 1974 by the Symbionese Liberation Army (SLA), a small group of radicals in the San Francisco area. She soon found herself involved in bank robberies and other crimes with the SLA. After most of the members died in a shootout with police, Patricia and the remaining two members remained in hiding for over a year before being arrested.

Upon her arrest, Patricia appeared to have been radicalized. Several people who witnessed her life on the run testified to her zeal for the SLA’s cause. However, after her father provided her with a lawyer, she completely changed. She cut ties with SLA members and became a model inmate. When at trial, she received an “average” sentence for her role in one bank robbery in exchange for testifying against the remaining SLA members about the bank robbery that resulted in the death of a woman. Her sentence was commuted by President Jimmy Carter, and later pardoned by President Bill Clinton. Patricia never committed another crime.

Patricia Hearst: Guilty or Not?

For about three quarters of the book, Patricia appears to be guilty of the crimes she committed alongside the SLA. Her apparent radical behavior in front of strangers and her defiance to the police upon her arrest point to someone who has been truly changed by those who kidnapped her. Further, she kept a monkey necklace that was given to her by Willie Wolfe, one of the SLA members. During her trial she would claim that their relationship was non-consensual, but her keeping of the necklace raised doubts in the minds of many. Many of her actions, though done in captivity, make her look guilty.

And yet she was kidnapped. Although the SLA did little physical harm to her, these were radicals who were interested in and willing to harm other people. There is little doubt that they could have harmed her. Furthermore, her complete turnaround so shortly after capture points to her possibly being coerced by her captors. Despite the fact there are inconsistencies in her story, the fact she has never committed any further crimes speaks volumes.

So do I think Patricia Hearst is guilty? After finishing this biography I spent hours thinking about it. Although it seems like an easy answer, I believe that the only person who knows the extent of her guilt is Patricia Hearst herself.

This book was well-written in a journalistic style. While I prefer the personal style of memoirs over biographies, I found this biography enjoyable. Unfortunately it had a slow start as it tried to introduce all of the characters and their histories, along with the political atmosphere of the time. However, once I was into the book I found it hard to put down. The doubt surrounding Patricia’s guilt or innocence is extraordinarily intriguing. I cannot help but continue to think about whether or not she willingly committed her crimes, even after I’ve finished the book.