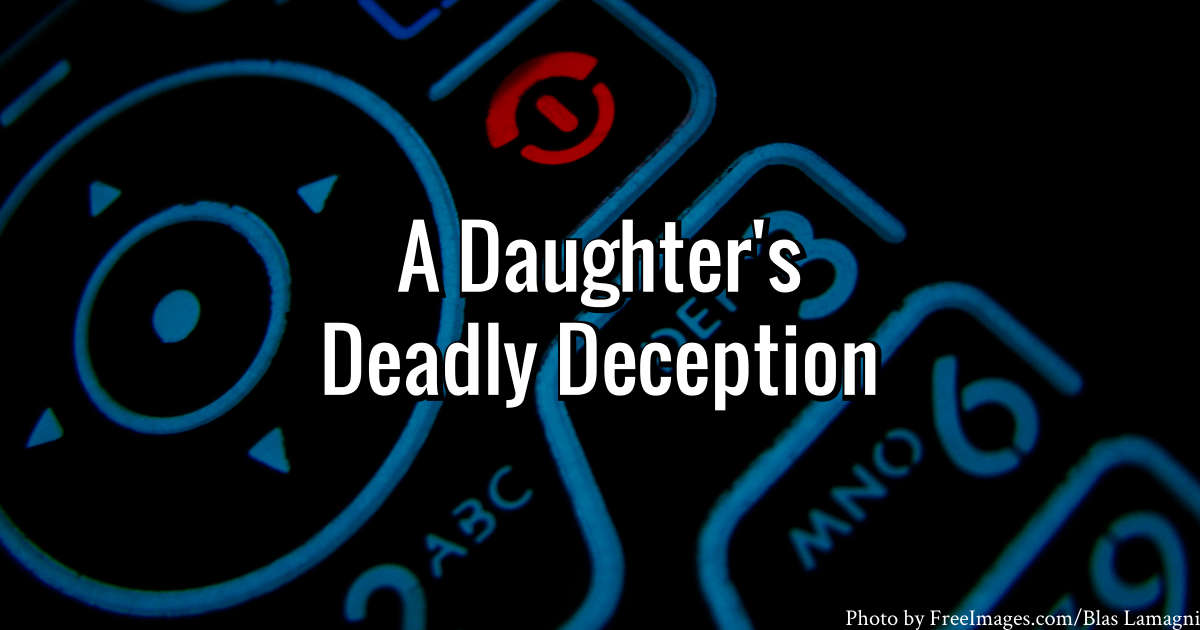 After her father discovered her habitual lying, Jennifer Pan orchestrated the murders of her father and mother in a home invasion. What she didn’t expect was for her father to survive the attack and bear witness to the fact that she seemed to know their attackers. Jeremy Grimaldi writes about Jennifer Pan’s lies, murder plot, and undoing in A Daughter’s Deadly Deception.

The product of a Vietnamese immigrant family, Jennifer Pan was pushed to excel at everything she put her hand to. After school she was expected to participate in extracurricular activities that would allow her to expand her skill set. She was gifted at piano and enjoyed ice skating. After not winning any recognition for her achievements at her eighth grade graduation, Jennifer was crushed. Failing to see the point in trying as hard as she had before, she let her grades slip in ninth grade. Rather than facing her parents with the truth, she began forging her report cards.

What started as forged report cards eventually turned into a forged college career. Dedicated to keeping up the lie that she was attending school, she went to the library every school day to research and write down notes in case her father asked to look at them. During these college years, she convinced her parents to let her live with a friend closer to campus so that she did not have to commute. Instead of staying with her friend, though, she used these nights off to work at a pizza parlor and stay with her boyfriend, Daniel. She used this freedom to build up her relationship with him. Then she spent the weekends with her parents, pretending she had been at school all week. Eventually, her father discovered her falsehoods and forced her to break off her relationship with Daniel and move home until she finished her education.

At an age when some students might be thinking about forging a signature, she was forging entire report cards. The effort she put into keeping up the lie that she was getting her education may have been more work than it would have been for her to go back to school. However, she instead chose to continue to lie and cover up her earlier failures. Her behavior during interrogation suggests that she may have even believed some of her own lies.

Jennifer’s desire to be with Daniel likely contributed to the murder of her parents.

When Jennifer’s father had her break off the relationship with Daniel, Daniel moved on. Heartbroken by his betrayal, it is suspected that she began sending anonymous texts to his phone. These texts threatened Jennifer’s safety, effectively manipulating Daniel into spending more time talking to Jennifer. However, even these texts did not garner the attention she desired from him.

Jennifer and Daniel had an extended phone conversation before any of the planning of the murder began. After that, Jennifer began texting him constantly. Eventually he agreed to help her plan the murder of her parents, something that would inevitably tie them together. In the weeks between that phone call and the murder, all of the texts between Jennifer, Daniel, and the other conspirators show plenty of evidence of their planning. Some of Jennifer’s final texts in the days leading up to the murder of her parents hint at the fact that she is greatly concerned over whether Daniel will choose her or his new girlfriend when her parents are out of the picture.

I was most moved by the victim impact statements.

It is hard to find places to relate in books like these. I absolutely love true crime books because of how interesting they are. But I find it difficult to find areas where I feel emotionally connected to the people I am reading about. I often feel sad for the families of those who were murdered. But in reality, true crime books often focus on the murderer. They speculate about reasons why the murder occurred. That makes it difficult for me to connect emotionally with the majority of the book when the majority of the book is analyzing the mind of a killer. I mean, I’ve never murdered anyone. So what is there to relate to?

While I didn’t relate to them, I was deeply moved by the victim impact statements from Jennifer’s father and brother. Four years after the murder of Jennifer’s mother, her father is still in constant pain. He cannot work or enjoy hobbies he once did. His house cannot be sold because the Vietnamese community is superstitious about buying a house where someone has been killed. Her brother had difficulty finding work because whenever a potential employer Googled his name, details of the crime were the first results. He also struggled with how to relate to friends in the midst of his grief. Seeing the varied and severe ways that this crime impacted them was eye-opening and emotional for me. They did not only lose a mother to death and a sister to prison, but their lives were altered in ways I cannot even begin to imagine.

Although I enjoyed this book, the writing was mediocre. It was an interesting story, and I feel the author did an adequate job of tackling the complexities of the case. Unfortunately, some of the writing was unclear. In some areas where brackets were used to change quotes to add clarity, they were unnecessary or used ineffectively. Overall, though, I would still recommend this book. It gives an interesting look at how extreme pressure without parental affection may have caused one woman to murder.

What did you find most fascinating about Jennifer Pan’s case?