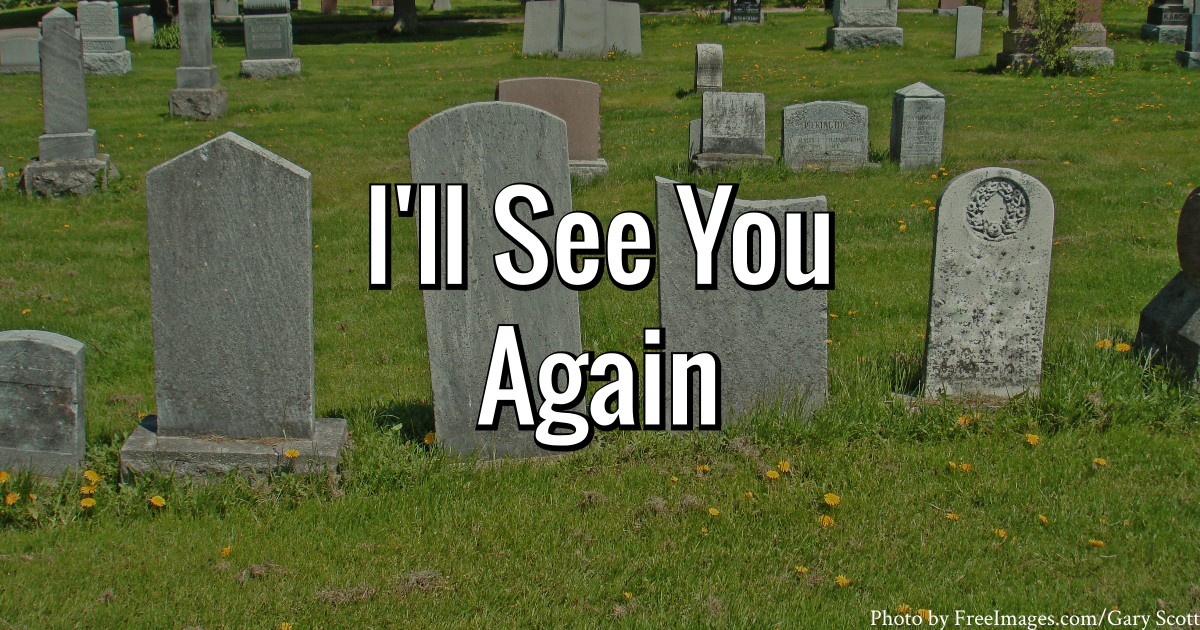 How would you feel if you lost all of your children in a terrible car accident? Jackie Hance suffered extreme suicidal thoughts and periods of anger following the deaths of her three daughters in a car accident. She writes about her grief, her questioning her faith, and moving forward in I’ll See You Again.

Jackie Hance sent her three daughters with their aunt and uncle on a weekend camping trip. They had enjoyed the same outing so much the previous year that she pushed aside any anxiety she had about being separated from them so that they could have the best summer possible. Beside her anxiety, she had no reason not to trust her in-laws. They had always been extremely trustworthy and the two families were extremely close.

When the girls began their trip back from the campsite, Jackie received a concerned call from one of her daughters. Her daughter told her that there was something “wrong” with her Aunt Diane. Diane, however, took her cell phone. With slurred words, she informed Jackie that everything was fine, and got back on the road. Concerned that her sister-in-law was having a stroke or a seizure while driving, Jackie called the police. Unfortunately, the police were unable to understand the gravity of the situation or organize help until after Diane got onto an off-ramp and drove the wrong way through traffic, eventually causing a head-on collision. She killed herself, her daughter, Jackie’s three daughters, and the three passengers in the other vehicle. The only survivor of the accident was Diane’s young son.

Jackie Hance paints a picture of grief in its rawest form.

There is no way to sugar-coat the grief that Jackie Hance endured. In I’ll See You Again, she refuses to cover up even the ugliest parts of grief. Just over a year after the accident, a neighbor decided to have the annual Halloween party that she cancelled the year before out of sensitivity to Jackie’s situation. Furious that others would move on so fast while she was still in the depths of her grief, she fired off a text saying that while she could understand celebrating Christmas and Easter, a Halloween party was excessive. Her friend kindly responded to her rage, understanding that it was a part of her grief, and Jackie knew that she was overreacting. I admired Jackie’s honesty in sharing even unflattering stories such as that one. It was easy to relate those stories to periods of time in my own life when my grief made me less than graceful.

“I was like a triple amputee–mutilated so severely that others wanted to look away. I felt like an oddity, an aberration, an abomination.”

By sharing her story in such an honest and raw way, Jackie helps us to see that it is okay to grieve in a way that is true to ourselves. Jackie had periods of amnesia, finding it difficult to grasp the reality of the accident that claimed her daughters’ lives. She felt extreme anger, often lashing out at her husband. She cried every day. While finding healthy ways to channel those feelings during the grieving process is important, it is also important to make sure to grieve in a way that is natural for us.

She writes about the insufficiency of “easy answers” when dealing with grief.

Soon after losing her children in the accident, the toxicology report showed that Diane was drunk at the time of the accident. Now filled with not only grief, but anger, Jackie seeks out answers. She had never known Diane to drink. Had she known Diane would drink and drive, she wouldn’t have allowed her daughters to go anywhere alone with her. Jackie asked friends, pastors, and counselors how something like this could have happened. None of their answers were sufficient.

“But in the face of numbing grief, platitudes are pointless. They slide off your skin like dewdrops from a leaf. I wasn’t seeking solace–I needed answers.”

Because of the press surrounding the accident that claimed the lives of her daughters, some counselors even refused to see Jackie. Feeling abandoned to her grief, Jackie began to seek answers on her own. She read and re-read the toxicology reports. Then she read the medical records of her children, wondering if there was something wrong with them that made them susceptible to dying more easily in an accident. When she exhausted everything and still had no answers, she had to come to terms with the reality that there were no answers. She did everything she could to protect her children and they still died.

She writes about moving forward, despite the grief.

During her grief, Jackie went to such depths of depression that she was suicidal. She did not just have passing thoughts of suicide. Her thoughts focused on suicide. She began to see it as the only way to be reunited with her children. However, because of her Catholic faith, she believed that if she committed suicide she would be in Hell instead of Heaven with her daughters. She begged her husband to kill her so she could be with them. When he refused, she said that she would kill him, so at least their children would have one parent.

“Whatever the degree of loss, you have to fight back, find your own happiness despite it all.”

Despite that lowest point, though, Jackie and her husband found a way to move forward. She realized that although she would never really “move on,” she could still resume living her life. With the help of a fertility doctor, she conceived and had another daughter. Although she struggled with the fact that her daughter would not be alive had it not be for the deaths of her other daughters, she also began to realize that she could move on and love her daughter without betraying the love she had for her other daughters. Jackie and her husband fought hard to find a new happiness.

I’ll See You Again is certainly an emotional book! Although her story gets very dark, the fact Jackie Hance does not sugar-coat the grieving process makes the memoir even better. She does not withhold tough questions about why tragedy happens to good people and children. Her story is a well-written and emotional journey worth taking.

What is the worst “easy answer” you’ve heard during a time of grieving?

3 thoughts on “I’ll See You Again”