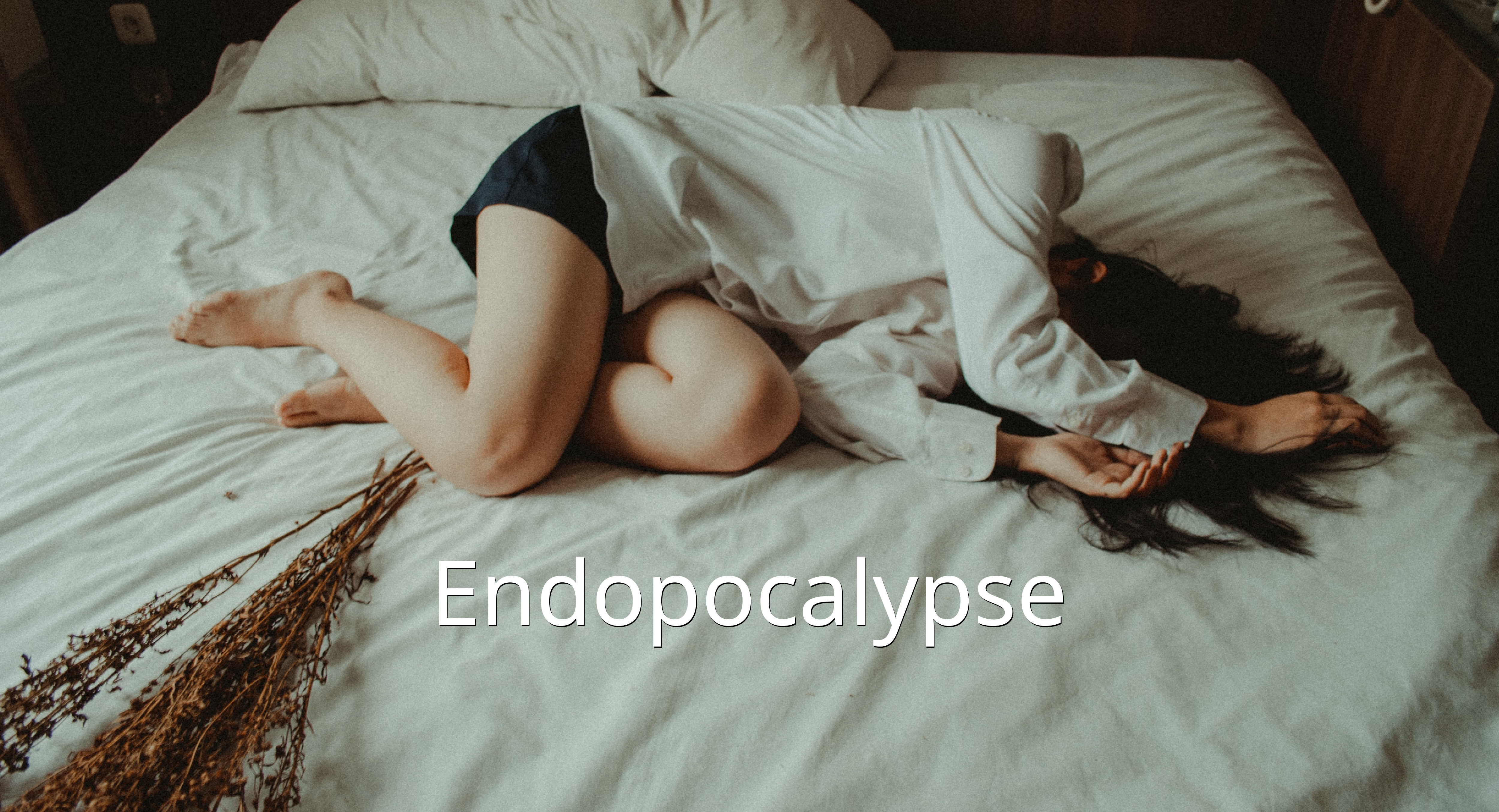 After being diagnosed with endometriosis last year, I have been increasingly interested in the stories of women who have suffered from this disease. While looking for such memoirs, I stumbled upon Endopocalypse and was drawn to its dramatic title, and its subtitle that reads: “It Won’t Kill You, but it will make You Wish You Were Dead.” Finally! Here was someone who got just how painful this disease is! I started reading and immediately found myself relating to the pain that Nicole Jones suffered.

In her memoir, Nicole Jones describes her deteriorating health due to endometriosis. At one time, Nicole was healthy and physically active. Over time, though, she began to suffer increasingly severe pain and gynecological symptoms. These symptoms quickly became all-consuming, disrupting her work and family life.

Nicole describes the doctor’s appointments, the differing diagnoses, and the lack of proper treatment for women suffering from endometriosis. She writes about the difficulties of balancing work and a major illness. The inability of doctors, coworkers, and family to take her pain seriously is a recurring problem in the months of pain described in this memoir.

No Happy Ending for Women with Endometriosis

The book ends on a sour note. Nicole has refused additional hormone therapy because the therapy is not proven to help endometriosis and comes with severe side effects. Her daughter and husband are angry with her for not taking the hormones, and she is forced to manage her pain.

There is no cure for endometriosis. For decades, doctors have used hormone therapies to try to mask the symptoms. Those experiencing only mild symptoms may find birth control pills manage their symptoms well. Others endure hormone injections (either Depo Provera or Lupron) that (1) are expensive, (2) don’t work, and (3) cause often long-term side effects.

I was diagnosed with endometriosis in 2019 after a laparoscopic surgery in August. During the surgery, the doctor removed some of the endometriosis. He prescribed Orilissa, which was then denied by my insurance. My insurance insisted that I try Lupron injections first.

In my desperation, I was willing to try anything. Immediately following my Lupron injection, I went to the hospital because the injection was causing me to be dizzy and disoriented. But the next day I felt great. For five weeks, I felt relief from my endometriosis pain. The injection, however, was supposed to provide twelve weeks of relief.

The pain came back, and with a vengeance. As of writing this, I am waiting to see an endometriosis specialist. I have watched as my body has endured the side effects of this medication. Most notable is the damage done to my thyroid and the near-constant joint pain I now experience. Both of these are documented side effects. When I asked my doctor, he said the “only” side effect I would experience was hot flashes. Talk about a bait and switch!

The Solution I Wish the Author Had

As heartbreaking as Nicole’s memoir is, her experience is not abnormal for those suffering from endometriosis. Lack of qualified care causes many women to go untreated or mistreated.

Many women have found relief through excision surgery done by a qualified surgeon. On Facebook there is a group called “Nancy’s Nook.” Here, qualified doctors are listed. This way, patients can get the care they need from doctors with experience removing all of the endometriosis during surgery. Those who undergo excision from a qualified doctor often experience at least a decade of relief.

This Tuesday I see the “Nook” doctor for the first time. I have a lot of hope, although there are still a lot of questions. Can the damage done to my body by the Lupron be undone? Will the surgeon, though qualified, take me and my pain seriously? Like Nicole’s memoir, my story is still unfinished.

Writing – The writing was bad. Her writing read like it was written by a high school student, with sentence fragments and an excessive number of ellipses. I am also fairly judgmental toward anyone over the age of fifteen who uses the term “frenemy” to describe someone. She frequently referred to a coworker of hers as her “frenemy.”

Story – The story itself was interesting. It was a glimpse into the emotional and time-consuming process of getting a diagnosis of endometriosis and finding treatment. For those unaware of the pains of the process, this book gives helpful insight.

Mature Content – There is not much for mature content, beside graphic descriptions of medical problems and a fair amount of profanity.

Likability of Author – Nicole was immensely unlikable. Her husband seemed like a pretty terrible person, but some of her complaints about him made her sound petty. For example, she spent an extended amount of time writing about how one night she went to bed to watch TV. When he joined her, she said she could move to the living room, but he said he was okay with the TV. To her irritation, he pretty soon asked her to turn it down. This made her irrationally angry (as she readily admits). While this and her commentary on her relationships with other friends and family give insight into the emotionally taxing nature of this disease, her willingness to put these thoughts into writing was offputting. Again, her use of the term “frenemy” did not do anything to endear her to me.