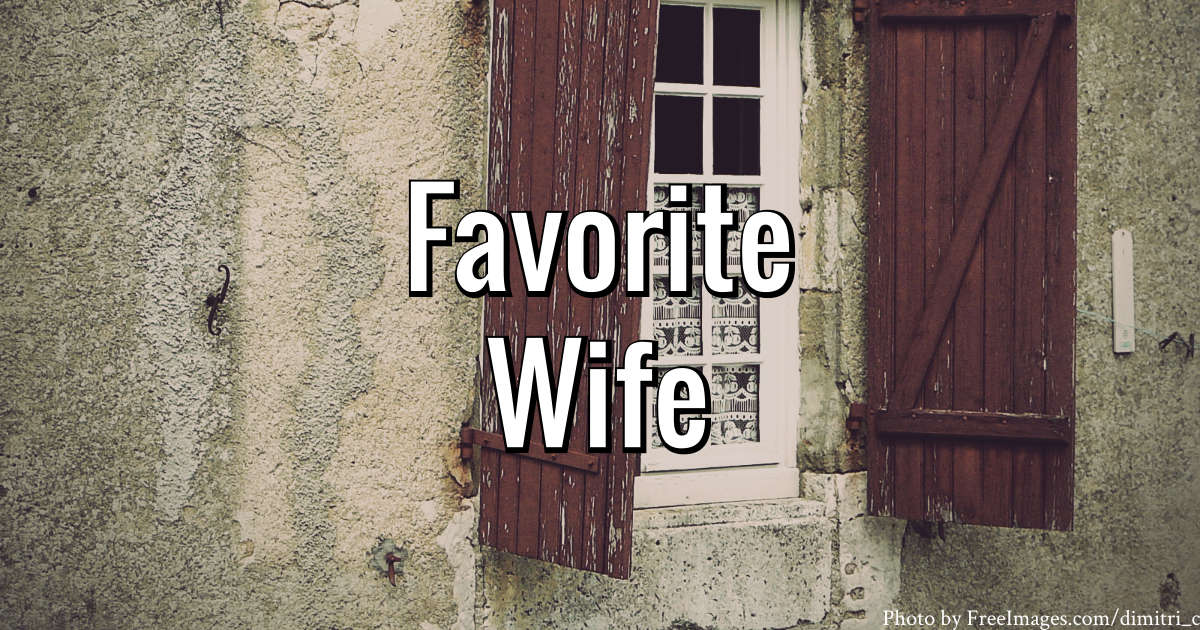 Favorite Wife is the sad and insightful story of religious abuse and polygamy in a fundamentalist Mormon sect. Although she grew up in The Church of the Firstborn, Susan began to see some of the problems that polygamy presented when she married one of the leaders of the church.

When she was fourteen years old, Susan had a dream that she was supposed to marry Verlan. Confused by this dream, she confided in Verlan’s grandmother. Not long after having this dream, Verlan’s brother Ervil told Susan that he believed he was meant to marry her instead. However, in their church they believe only the women receive revelation about who they are meant to marry. Because of his position as one of the leaders in the church, Susan felt vulnerable to Ervil’s “revelation.” It was not until he pushed her to get sealed to him (spiritually married) without telling her parents that she knew something was wrong with his “revelation.” Only days later, after her fifteenth birthday, she married Verlan instead. She became his fifth wife.

Susan soon learned that life as Verlan’s fifth wife was not as rosy as she thought it would be. She found herself lonely and living in poverty. Between his travel and his time with other wives, he was rarely with her. With the cost of keeping up five wives and over twenty children, all of his family lived in poverty. After Verlan’s brother Joel, the prophet of their church, was assassinated, Susan began to search for answers. According to their church, Joel was not supposed to die until the end of time. If this was false, maybe polygamy was as well. In searching the Bible, Susan found that it said unfavorable things about polygamy. She knew she had to leave Verlan. Eventually, she found a way to escape to the United States with her children.

How Control was Exerted over Susan

Throughout the reading of this book, I noticed several ways in which control was exerted over Susan in order to get her to stay in The Church of the Firstborn and in her marriage.

Whenever Susan would find a new piece of information, it would be disregarded if it was contrary to what Verlan believed. This was especially true if that belief was polygamy. When Susan confronted her husband with the teaching in the Book of Mormon that calls polygamy a “whoredom,” he called it an old revelation. He told her that the newer revelations of their church’s doctrine overrides what the Book of Mormon teaches.

Susan also found Verlan believed things contrary to what modern science and medicine believed. She found it difficult to convince him to take her or her children to the doctor because of the cost and his lack of belief in modern medicine. He also had outdated (read: false) beliefs about pregnancy that frustrated her. Although she tried to show him new information, he was not convinced.

These words were meant to dismiss and silence her. Yet they only worked to further frustrate her and convince her of the need to get answers.

Susan was often accused of being argumentative for having an opinion on things that impacted her life. Verlan would get frustrated by any emotion she showed in discussion and ask her why she was being so difficult. When he spent a large portion of “her night” with another woman, he belittled her feelings about the situation. When he began moving his wives to the jungle, he did not consider that she would not want to go. Verlan frequently used accusatory language about her being difficult as a way to end the conversation and force her to concede.

When he wasn’t accusing her of being difficult, he was laughing at her anger and calling her “cute.” He would tell her that her anger was cute in an attempt the diffuse the situation. Verlan managed to get around resolving the actual issues by doing so. Whether he called her “difficult” or “cute,” he treated her feelings as secondary to his.

Favorite Wife was interesting and heartbreaking. Susan’s strength through an abusive situation is inspiring. I’ll admit that I’ve had a fascination with books about those who survive through living in cult-like situations, and this one has been one of the most interesting. One of the things I liked the most about this book over other memoirs was Susan’s ability to write about her actions and feelings in the moment. While there was not sexual abuse like I’ve read about in other books about polygamous cults, there was still abuse of power. Ervil is the kind of evil that will make your skin crawl. And although at one point Verlan is painted the hero, his more subtle abuses of power will begin to wear on you as well. Most inspiring is Susan’s survival and motivation to give her children a better life than that which the cult provides.