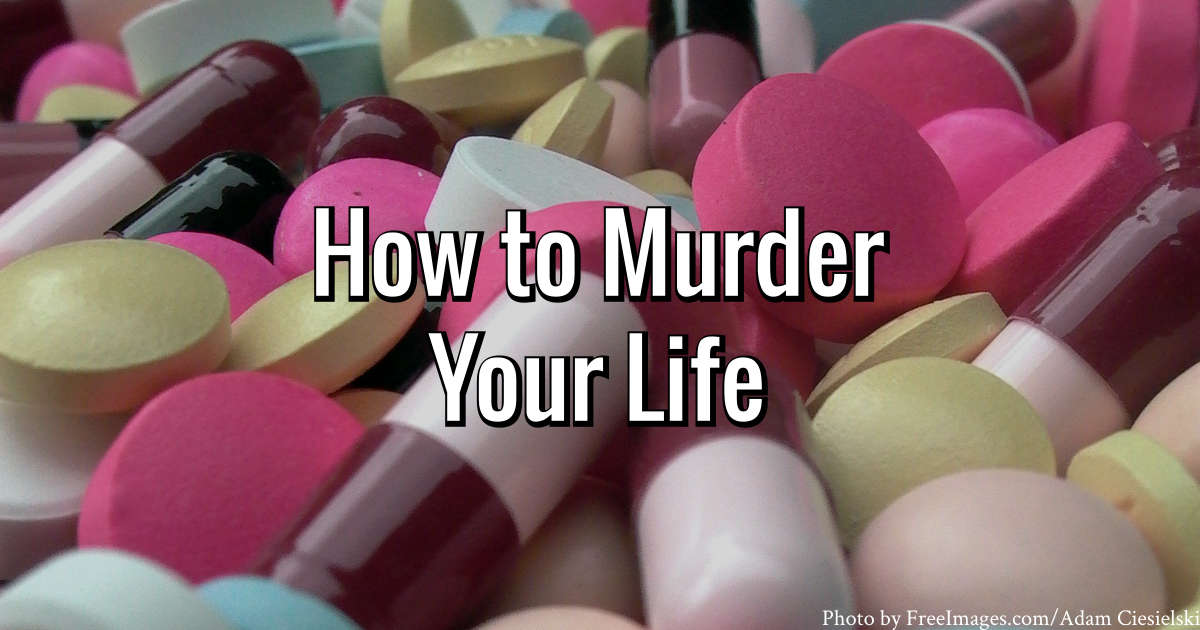 How to Murder Your Life by Cat Marnell was funny, dark and irreverent. It was the perfect guilty pleasure read that had enough good hidden inside it to justify the cringe-worthy content.

Cat grew up the middle child of two psychiatrists. Her father’s temper and the problems between her parents made home life turbulent. In her teenage years, she went to boarding school. It was there that she was first introduced to Ritalin and its ability to take her from failing grades to the top grades in the school. Unfortunately, Cat failed to take her Ritalin as prescribed and her lifelong addiction to prescription medication began. In her senior year of high school, she became pregnant, dropped out of school, and had an abortion.

Cat slowly worked her way back through the depression in the aftermath of her abortion, finding a passion for fashion journalism. As she attended college, she worked as an intern at several different fashion magazines. Even as she began to build a career, though, her addiction only escalated. She added to her prescription medication harder drugs. She spiraled out of control, landing in rehab multiple times. It was only through creativity that she eventually regained some amount of control over her life.

The Inner Life of an Addict

Perhaps I was overly naive to think that prescription medication addicts stole their pills from relatives or bought their pills on the black market. Cat writes extensively about the process of shopping for doctors who would write prescriptions for her, and how easy it was for her to walk in and get exactly what she wanted from different doctors. While there were occasions where she got pills in other ways, she primarily got her medication legitimately. That’s terrifying.

It wasn’t until she really wanted to get better that she was able to improve her life as much as she did. In the end, she still uses Adderall. She has given up other drugs and even drinking. Although I wanted to get to the end of the book and read about her giving up all of her addictions and addictive behaviors, part of me realizes that with her underlying ADHD she probably needs some amount of medication as treatment. With her history of abusing medication, though, she realizes that she is in a delicate place where she can easily end up back in the the throes of addiction.

The Power of Words

At one point, Cat checked herself into a mental hospital as a way of avoiding rehab. When the psychiatrist realized she was not depressed, she wanted to get Cat to go to rehab. When Cat refused, the psychiatrist called her parents and had them visit. Infuriated, Cat refused to be a part of the conversation with them. After years of bottling up her anger and frustration toward her father, she told him off (with some profanity I won’t use here).

The part that resonated with me was that she didn’t feel the satisfaction she thought she would. Instead, she immediately felt regret. The words she thought would make her feel so good and powerful did just the opposite.

Our words are powerful. I can think of several times I’ve said something that I’ve immediately regretted. Words have the ability to stick with you for years, and you may not even know if your words are the ones someone has carried with them for so long. Even if you’re angry or have been angry for years, it’s worth it to be careful what you say.

The Power of Creativity

At one point, Cat’s grandma tried to help her by having her meet with a life coach a couple times a week. The life coach had Cat take several personality tests. When she looked over the results, she found that Cat was extremely creative. She believed that if that creativity could be properly channeled, Cat may be able to more easily keep herself from depression and addiction.

It was not until Cat came to write this book that she was able to get healthier and fight back against her addiction. She is now able to work from home doing freelance writing. The creativity that writing allows her has given her a lot of fulfillment. It is a part of her personality that she needed to satisfy in order to feel complete.

I love the idea of getting to the core of who we are and what we were really made to do. I wholeheartedly believe that when we fight against our personality in our vocation, it leads to depression and can lead to addiction. And perhaps pursuing our passion cannot always be a career. The things we are passionate about do not always pay the bills, but we can make time for them (even if it’s a few minutes a day). When we find that thing that makes us tick, that passion will shine through all parts of our lives.

There is a lot not to like in this book. Cat Marnell’s excessive use of profanity can be off-putting, since hardly a page passes without some curse word. In addition she uses anti-Semitic racial slurs as well as other offensive language to describe the people in her life. Despite these things, there are enough redeeming qualities in the book that I enjoyed it immensely. Overall, I found her to be funny. Her writing style was excellent. And her ability to capture the inner life of an addict gave me real insight into an addiction I had not given much thought to. I highly recommend this book to anyone who is looking for an interesting read about prescription addiction.

One thought on “How to Murder Your Life”