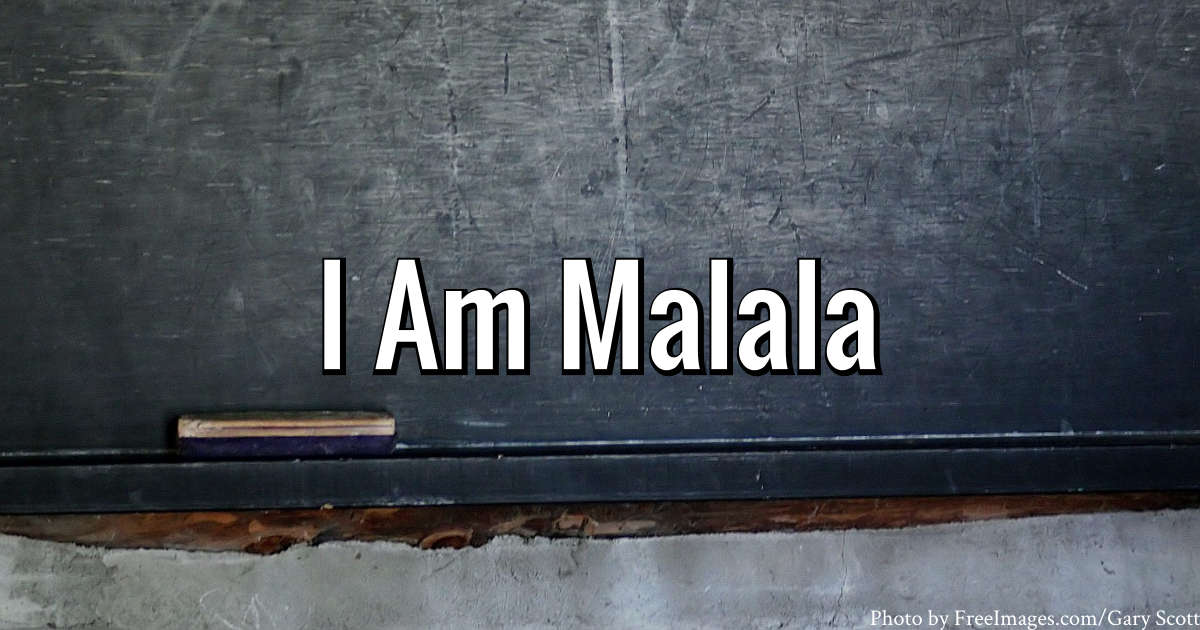 In her powerful memoir, Malala Yousafzai writes about childhood in Pakistan and the events that led up to her being shot by the Taliban. Her advocacy for education of children, especially young girls, has made her the youngest ever Nobel Peace Prize laureate. This memoir gives the reader a unique glimpse into her story from her perspective.

Malala was a fairly ordinary girl living in the Swat valley in Pakistan. She went to a school where her father was the principal. Eventually, though, the Taliban who began to infiltrate the area said that young girls were not allowed to go to school. Malala refused to accept this, and with her parents’ support and blessing, she continued to not only go to school but to speak out on behalf of the education of all girls.

“When the whole world is silent, even one voice becomes powerful.”

Her father was a strong advocate of education, and the two of them traveled and shared the difficulties that the area they lived in faced under the Taliban. When a journalist began to publish anonymous letters about life in Pakistan that were written by Malala, they were read by those around the world. Eventually, though, her anonymous cover was blown (accidentally by her own father) and the Taliban set in motion a plan to kill her. One day, they got on the bus she was on and shot. The damage was extensive, and Malala woke up in a hospital in England where she was able to receive better care. Her family was relocated to England where they would be safe to continue to advocate for education away from the grasp of the Taliban.

Malala writes about ordinary things like arguing with her brothers and having problems with her best friend. Although she insists that her brothers start all of the fights, she admits that those fights exist and are a part of her life. Her arguments with her best friend are not glossed over, nor are her temporary lapses in judgement during some of these fights. Malala does not paint herself as a girl who was born a saint, but rather an ordinary girl who was given an amazing opportunity to speak up for what she believes in.

“I don’t want to be thought of as the ‘girl who was shot by the Taliban’ but the ‘girl who fought for education.’ This is the cause to which I want to devote my life.”

It is easy to look at people like Malala who have done great things and think, “I could never do that.” Malala won a Nobel Peace Prize at an age when my greatest accomplishment was getting my driver’s license. While we may not all receive a Nobel Peace Prize for the peace that we bring to the world around us, we can all work together as ordinary people doing extraordinary things. Sometimes in a world filled with so much darkness, a small act of kindness can begin to make change in the world around us.

For a book written by a young adult, I Am Malala is very well-written. I have heard about Malala for years without knowing enough about what happened to her, and hearing her story in her own words was a rewarding experience. It was a great story, and my only real complaint was short areas of repetitiveness.