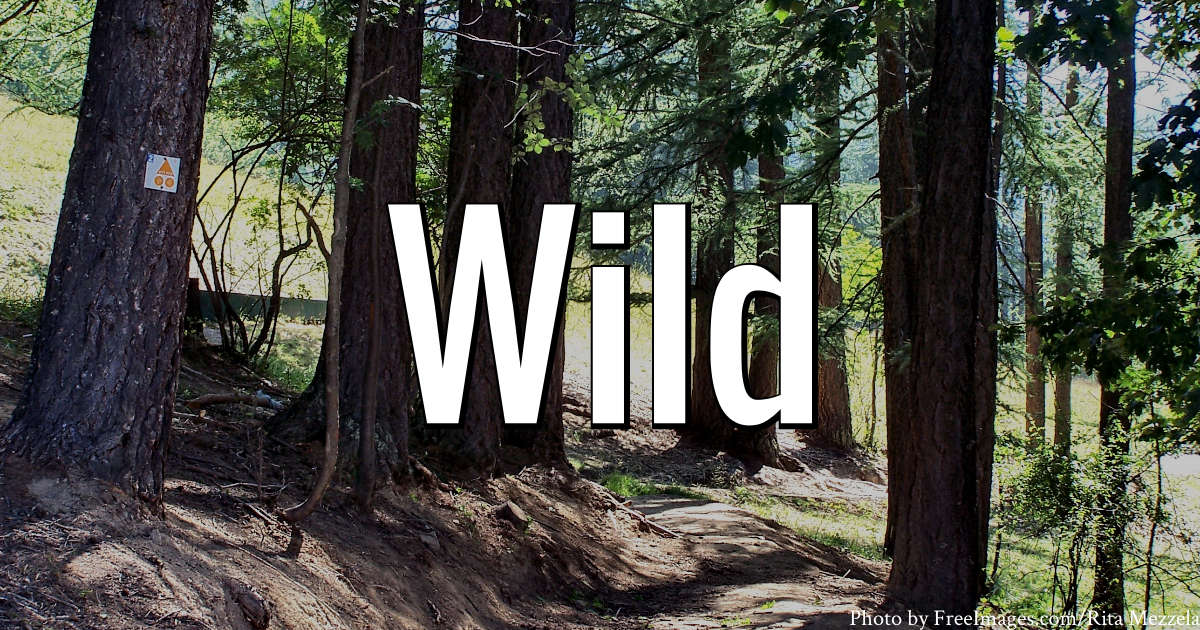 In her memoir Wild, Cheryl Strayed shares about the grief that drove her to hike about a thousand miles on the Pacific Crest Trail despite the fact she had no prior backpacking experience. Her words bring to life the pain, adventure, and surprises she experienced during this very difficult time in her life.

Despite the fact Cheryl’s friends and family may have seen her decision to hike the Pacific Crest Trail as a hasty one, the events that led her to doing so had been brewing for a long time. Her mother was diagnosed with lung cancer and died shortly thereafter. Filled with grief, Cheryl did what she could to alleviate the pain, indulging in affairs. After confessing her affairs to her husband, they separated. She moved in with a drug addicted boyfriend, got pregnant, had an abortion, and finalized her divorce from her husband.

“Alone had always felt like an actual place to me, as if it weren’t a state of being, but rather a room where I could retreat to be who I really was.”

Despite all this, she and her husband parted ways amicably as she left to go hike the Pacific Crest Trail. She began her three month journey realizing her backpack was too heavy for her to lift. Cheryl found many kind strangers along her journey who offered her help and advice. One man helped her lighten her bag, getting rid of unnecessary items, while others provided her with food and shelter. While a few people along they way did not treat her as well, she found an overwhelming amount of kindness on the Pacific Crest Trail. By the end of her journey, Cheryl found that her body was stronger physically and she had some time to process her grief.

Cheryl was so consumed by the grief she felt from the loss of her mother that it drove her to act out in ways that many of us may only think about acting when faced with grief. She indulged in pleasure and drugs to try to drown the pain. When new relationships did not satisfy her, she tried moving away and getting a fresh start. None of that was enough to dull the grief that engulfed her, so Cheryl decided to get away from everything and hike the Pacific Crest Trail.

Cheryl’s trip to the Pacific Crest Trial was not the day after her mother’s death. But after four years of heavy grieving with seemingly no progress, she knew she needed to do something. She saved money, planned her stops, and decided when she would go. In her imagination, she hoped she would have alone time to look out on the serene landscapes and reflect. In reality, she was focused on survival. Despite this unexpected difference between her imagination and reality, she gained a lot of self-confidence along the way.

“Fear, to a great extent, is born of a story we tell ourselves, and so I chose to tell myself a different story from the one women are told. I decided I was safe. I was strong. I was brave. Nothing could vanquish me. Insisting on this story was a form of mind control, but for the most part, it worked.”

We can be inspired by her drastic action.

There were a lot of things I did not like about Cheryl Strayed and this book. I could have done without all of the language. Her life choices ranged from creepy to questionable. However, I admire the fact that she knew she needed to make a change in order to get out of the deep grief she was facing.

When we are faced with grief, stories like this one may inspire us to take drastic action. Perhaps we shouldn’t run off to the Pacific Crest Trial, but maybe some other action is needed after a loss. With the consultation of those we trust, making those changes may be exactly what we need to move forward.

While I really enjoyed the story, I am finding it hard to wholeheartedly recommend this book because I did not feel emotionally invested in Cheryl Strayed. I have read books about people who have done far worse things, but the flippant way she approached her past mistakes rattled me. Her extreme use of profanity was off-putting. Despite these things, the story was very engaging and her writing was otherwise excellent.

Have you taken a drastic action during a difficult time in your life? Feel free to share in the comments below!