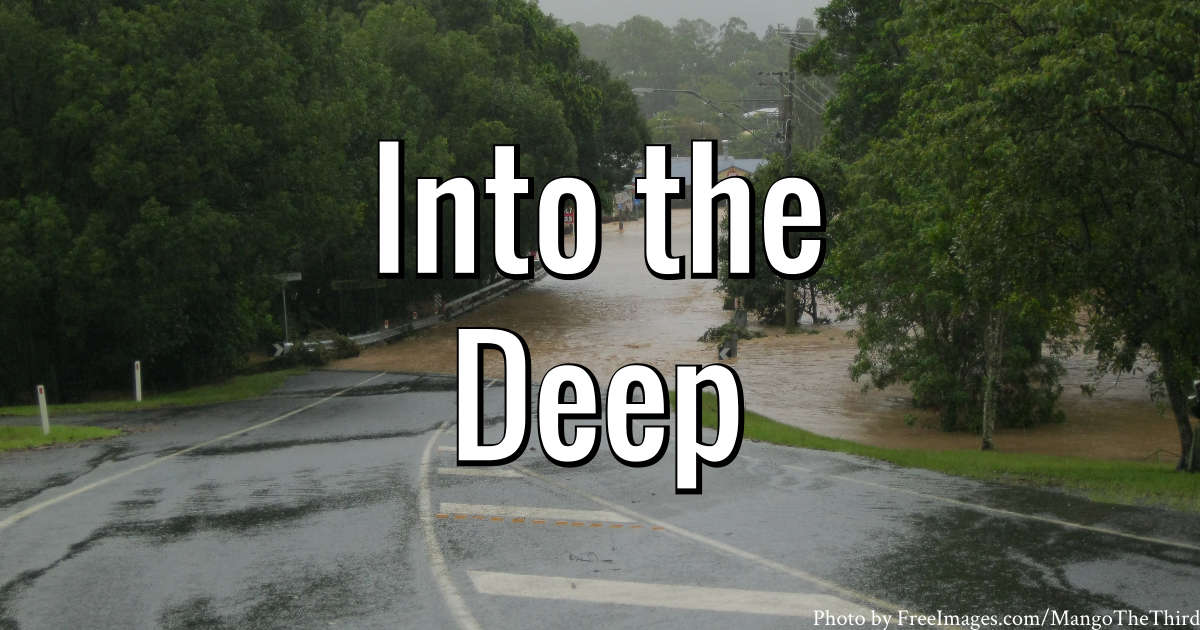 I came upon this absolutely heartbreaking, yet inspirational memoir while browsing through The Ohio Digital Library. I am drawn toward stories that have that “Investigation Discovery” feel. Even though it was a natural disaster that claimed the family of Robert Rogers and not human actions, I think it’s the same interest that drew me to this book.

While driving back home from a family member’s wedding, flash flooding caused the road to be covered in water. Robert’s wife, Melissa, was driving and was too deep into the water to turn back by the time they realized they were in it. The cars in front of them were passing through fine and they were boxed in with cars behind them, unable to stop. Meanwhile, it continued to rain and the water continued to flow across the road, getting deeper.

The water began to fill the car, waking up their four children, who became frightened. A man came to the window to try to offer them help, but was swept away by the water. When they seemed to have no other option because they were not moving through the water, Robert kicked out the passenger side window, and he and his oldest daughter were sucked out of the car and into the water. He and his wife had planned to swim to the surface and try to save their children, but he fought just to stay alive and ended up on the embankment bruised and scraped. He made it to the emergency response teams and pleaded for help for his family. They transported him to the hospital after seeing no sign of his family.

At the hospital, he was informed that his four children were dead and his wife could not be found. Three days and a press conference later, when the water had receded, they found her body as well. His family, the hospital staff, and the people of his city poured out an amazing amount of love and support for him during his grief. The rest of the book reflects on the years he had with his family and the process of grieving their loss and giving glory to God despite the pain.

Robert Rogers is a beautiful example of grieving with grace.

I really enjoyed this book. I have not cried so hard reading anything in such a long time. Nearly every few chapters made me burst out in tears, feeling so appreciative of what I have. Repeatedly throughout the pages, Rogers wrote that throughout his grieving and discussions with others, he wanted to make sure that people came to know God better and appreciate their loved ones more. He accomplished that in my reading of the book.

“I heard so many times from so many people, ‘God never gives you more than you can handle.’ I eventually came to believe that ‘God will always give you more than you can bear alone, because He doesn’t want you to bear it without Him.’ Alone, this cross was unbearable. But with God, it was possible.”

Timing is always crazy. Mount Vernon had flash flood warnings the week I was reading this book, so I felt especially emotional. Before the flash flood warnings, though, my husband and I were driving to and from Columbus for a date in very heavy rain, and I kept thinking about what I had been reading. I soaked in every moment of that date night and have been intentional in taking every moment I can to tell him that I love him. Though no one wants to think about it, you never know when something as unexpected as a rain storm could take away those you love.