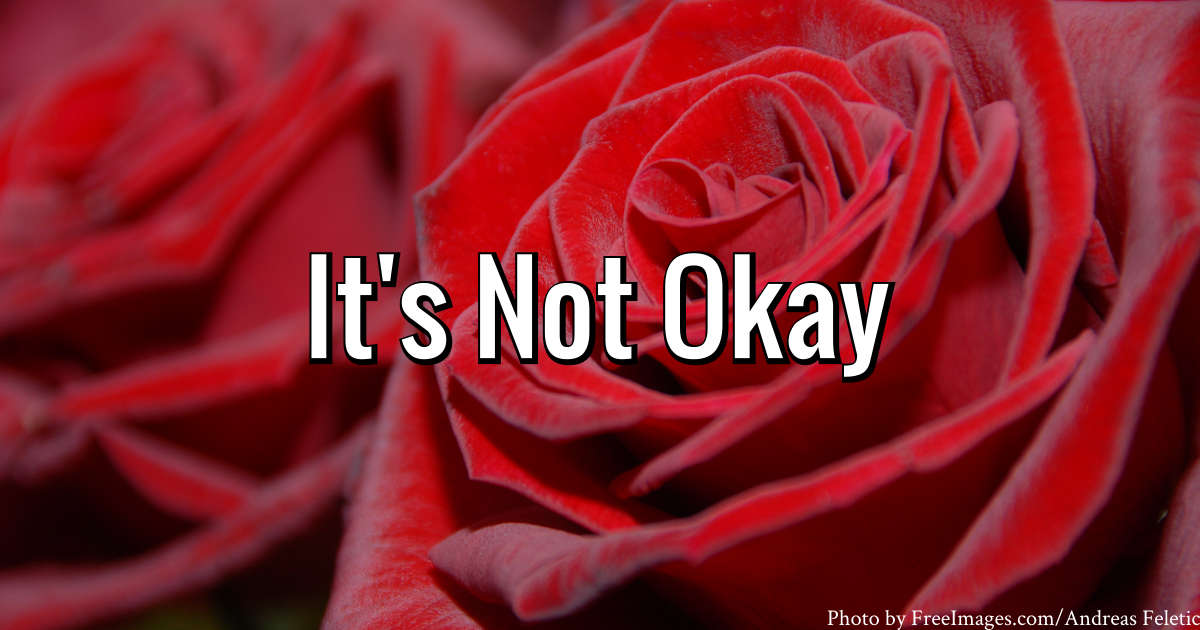 In Andi Dorfman’s memoir It’s Not Okay, she writes about her relationships on The Bachelor and The Bachelorette. She wrote this book after breaking off her turbulent engagement with Josh Murray. Dorfman focuses the bulk of the book on how that relationship blossomed and the things that were wrong within it.

Andi Dorfman gained the hearts of Bachelor fans when she broke up with Juan Pablo Galavis near the end of his season. It was because of this that she was eventually chosen to become The Bachelorette. She had the opportunity to choose from twenty-six men to find a relationship that could last. From the beginning of her time on The Bachelorette, she found herself drawn to Josh Murray.

“You’d have thought I’d learned my lesson the first go-round, but an unusual optimism told me this second time was going to be different.”

During filming, she caught one glimpse of his temper. Their fight did not air, but she was worried about what this temper he showed over something as trivial as a date she did not plan could mean for their future. Despite her anxiety about the issue, she decided her love for him was more than her fear of his temper. After the show ended, though, she found that his temper was unbearable. She found herself walking on eggshells to avoid his outbursts. Finally, she left the apartment they shared and began an extended stay with a friend until she could get back on her feet.

I would not recommend this as the self-help book it is trying to be.

Written (presumably) from the first day after her breakup, Dorfman sets this book up as a self-help book for any woman going through a breakup. There is some good advice hidden within the pages of this book: get out and exercise, don’t stoop to his level, compromise is important in relationships, learn from your relationship, and move on. Wrapped within this self-help is the unique story of Dorfman’s experience.

“If you think about your past relationships in the same chronological way, I guarantee you can find at least one valuable lesson that you carried with you to the next relationship, right?”

However, despite some of the good advice, there is some bad advice and too much alcohol. I almost never read the reviews of books I read, but found that the reviews of this book on Amazon were brutal. Several people agreed that you could practically smell the alcohol coming from the pages of this book. Some of the pages seemed like drunken rants about her pain disguised as advice. It was the “don’t ever get engaged to a jerk” type of advice you’d expect to hear from someone drunk and hurt.

I would never recommend this as a self-help book. Ever. However, for fans of The Bachelor, I think it is a moderately interesting read. There are some things in it about Nick Viall, who is the bachelor for season 21, which airs tonight. However, I still withhold a full recommendation because of the amount of language, alcohol, and the attempt at being a self-help book. For those looking to read a book about The Bachelor, I would recommend I Said Yes as a first read. I would only recommend this as a follow-up to I Said Yes for those who still want more.