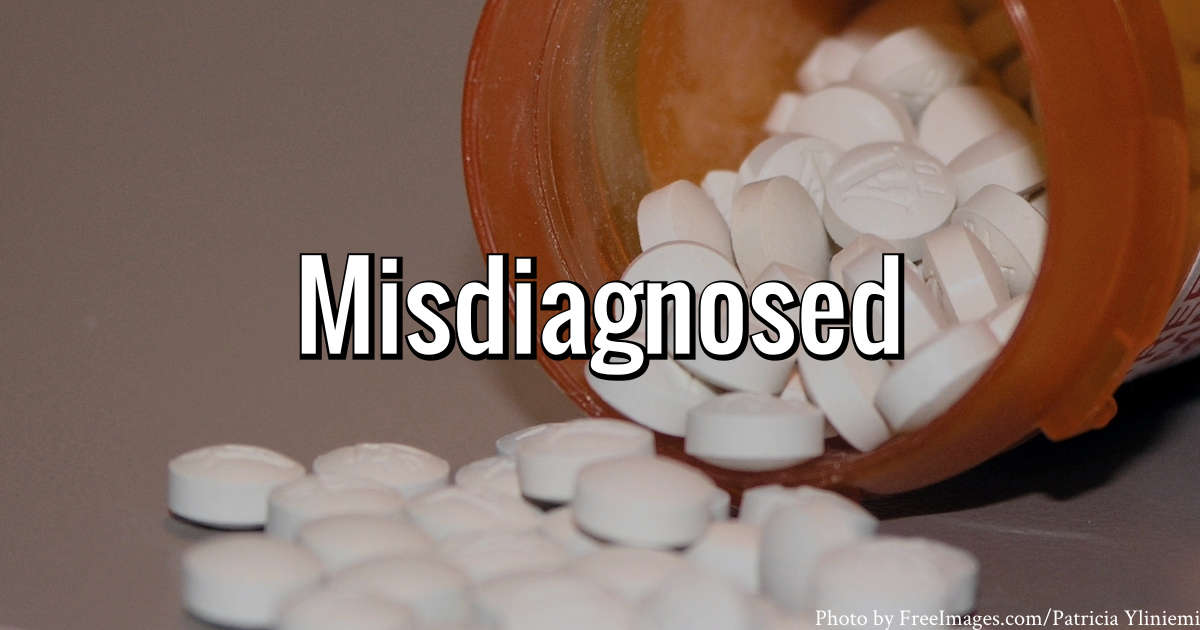 Jody Berger shares her emotional story of being misdiagnosed with MS in her book Misdiagnosed. She writes about the doctor who moved too quickly to diagnose her, the treatments that seemed to do more harm than good, and her search to find the real cause of her health problems.

When Jody Berger received an MRI in an attempt to find out what was causing the tingling in her hands and feet, she did not expect the doctor to come back with a diagnosis of MS. When she began to ask him questions about how he came to the conclusion he did, he told her that it is the diagnosis he gives most women like her: young, athletic, and female. Unsatisfied with a diagnosis based on a short appointment and spinal tumors that could have several causes, she questioned the diagnosis. The diagnosing doctor insisted she start medication right away to prevent permanent damage. Not wanting to make things worse, she began medication that ended up exasperating her symptoms. After a short period of time, she stopped them and began looking for a second opinion.

“I was starting to believe that we all see only what we are looking for.”

Jody visited about half a dozen doctors and received just as many diagnoses. One thought that she was deficient in certain vitamins. Another thought she had a heavy metal toxicity and started her on a treatment to clear that out. After the treatment made her feel worse, she realized that could not be the answer, either, and continued her search. Finally she found a doctor who worked with her to look at her entire health history to find the root of her health problems. Throughout her childhood she had intestinal distress with unknown causes. As an adult, she had different problems with her stomach. She did not know these issues could be related to the tingling in her hands. After completing an elimination diet, she and her doctor found that she had an extreme sensitivity to gluten. When she eliminated it from her diet, her body returned to normal.

I found myself relating to Jody’s misadventures in healthcare.

While I have not received a misdiagnosis as shocking as MS, I was able to understand some of the suffering that comes with being misunderstood and mistreated by doctors. While they are mostly well-meaning, sometimes they are unable to take the time they need to get to the root of what is wrong with a patient. Other times they are looking at things through a certain lens, biasing their view of their patient and their condition.

Two years ago I began to have terrible pain in my right leg. In addition to the pain, I had swelling and redness. It got to a point where my husband and I went to the hospital. I received tests to rule out blood clots because a medication I am on puts me at increased risk. Although the tests did not show any blood clots, the doctor told me that it was venous thrombosis (which is a blood clot!). He put me on medication to thin my blood and sent me on my way, telling me that if anything changed I should come back to the ER.

When the pain increased and the redness got worse, I went back to the ER. The second doctor who saw me was confused at my worry and the first doctor’s diagnosis, and said that my leg must have some sort of injury or nerve damage. The redness was caused by a skin infection, but the pain and the redness were unrelated.

I ended up seeing a super weird doctor next.

I was referred to my family doctor, who tested me for diabetes and sent me to an acupuncturist to get a nerve conduction study. While the doctor there was putting needles into my legs, he asked me questions. He asked if I had any other conditions. I mentioned that I get migraines, and his entire attitude toward me changed. “I’ve noticed migraine sufferers have a low tolerance toward pain,” he said. Our entire conversation was then colored by his view of what “migraine sufferers” were like. He would comment about how strange it was that my legs were so cold. Whatever his comments, he tied them back to my being a “migraine sufferer.”

Finally, when he asked if I had any trauma in my past, I mentioned that I had been abused by a boyfriend. I wasn’t sure how it was relevant, but why not answer the questions? The test wrapped up and I put my clothes back on. He said the test did not show anything abnormal, but it was his opinion that my leg wasn’t injured. It was my unforgiving spirit that was keeping me in pain. Until I could forgive people, I would be in pain. I guess that’s a medical diagnosis now.

“Throughout my journey, I’d come to realize how many people get locked into misdiagnoses and then have to suffer the consequences.”

I am not sure what he sent my family doctor, but I still don’t have answers. After a family member got diagnosed with sciatic nerve issues, I began to see the similarities between our problems. Since then, I’ve looked up sleeping positions and stretches to help and the pain has lessened. Still, it has been a very strange adventure.

This is a bizarre adventure worth taking if you are interested in the world of modern medicine. While some of Jody Berger’s views are not ones that I hold, I believe that her search for answers in the face of a dark diagnosis can be an inspiration to others. Her writing style is excellent, likely because of her journalism experience. She brings to life the emotions and frustrations of her fight against an unfair diagnosis.

Do you have a misdiagnosis story? Share in the comments below!