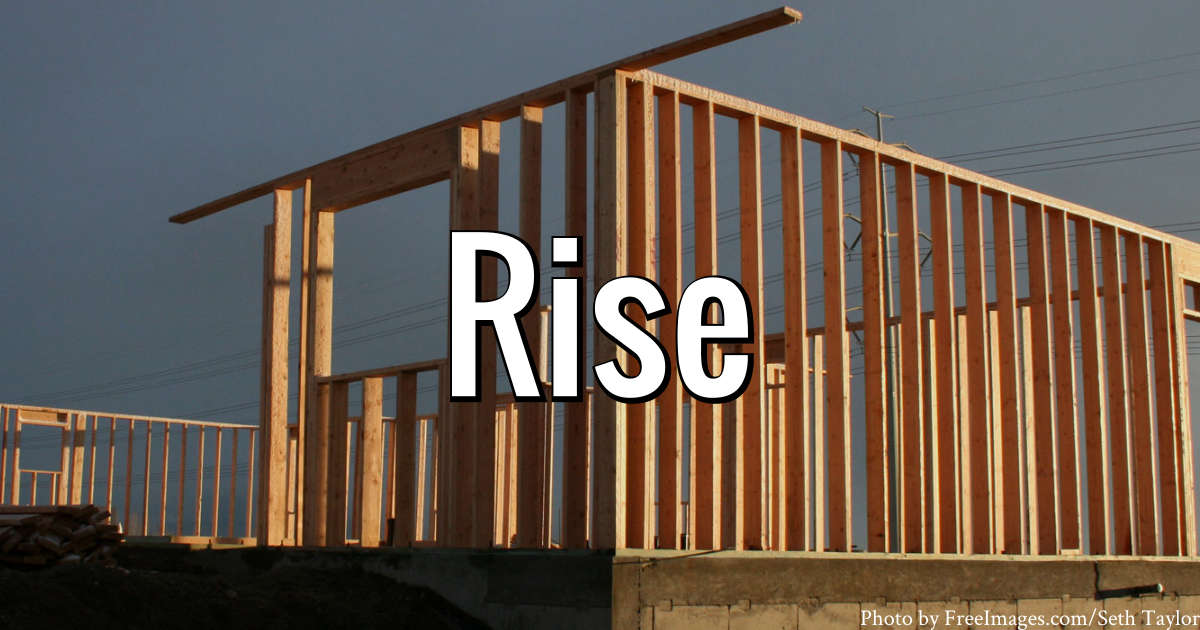 Cara Brookins found herself in two abusive marriages after her first marriage to her high school sweetheart failed. Even after ending her third marriage, her second husband Adam continued to stalk her and her children, leaving them terrified. Although diagnosed with schizophrenia, Adam refused to take his medication. His delusions caused him to terrorize Cara and her children. Eventually she got a gun for her own safety since he threatened to kill her.

After living through the terror of both of her abusive marriages, Cara wanted a better life for her children. While she could afford a small house on her income, it would not be as spacious as she would like for her and her four children. To have a house big enough for all five of them, Cara decided to get a loan and build the house herself, with the help of her children. With all four children on board, they secure a loan and begin construction.

In the description of the book on Amazon (and every news article I’ve seen), Rise describes Cara’s journey as follows:

“Equipped only with YouTube instructional videos, a small bank loan and a mile-wide stubborn streak, Cara built her own house from the foundation up with a work crew made up of her four children.”

However, I find that to be terribly deceptive. Here is a list of some of the things that Cara and her children did not do themselves:

Whenever Cara ran into a problem in the construction of the house, she hired a young man who worked at the local hardware store to help. Additionally, she hired contractors for all of the electrical and the majority of the kitchen work. For a portion of the project, she had her father helping. Although he was aging and struggling with illness, his experience in building was valuable to her.

I still believe that Cara and her children did an amazing thing. They just did not do what the media and marketing for her book say they did. They still did most of the work, which is more than I’ll ever do. But they did not build the house on their own with only the help of YouTube videos. They had a lot of help along the way.

I think this was a better book about loving and suffering at the hand of someone with mental illness. Although the premise of building your own house is interesting, I found Rise to be somewhat lacking in that area. Cara’s story of abuse, however, gave an interesting perspective on loving someone with a mental illness.

When Cara first married Adam, he was a brilliant man with no sign of mental illness. However, as he began to descend into madness, he also began to be physically and psychologically abusive.

Although Adam could not help himself in many ways, his actions were still illegal. He was still terrorizing and harming his family. Despite the fact he had at one point been a brilliant man, he could not be excused for the terror he was causing for Cara and her children.

In Rise, Cara raised valid questions about how to love and manage a person with a mental illness like Adam’s, especially when personal safety is concerned. She shares her personal struggle of whether his being abusive because of mental illness was reason enough to leave, or whether she should stay and help him.

Her story is both terrifying and important. To those who know someone suffering from severe mental illness, especially with delusions, I recommend Rise. It will ring heartbreaking and familiar.

Although I feel that Rise was published under a deceptive premise, it’s still an interesting read. I feel like Cara did not live up to the claims of building her own house with only YouTube tutorials and her own children to help, but she still did amazing things. Other things within the book left me skeptical to Cara’s honesty, such as the advanced language she assigned to her toddler and the vivid recollections of meditations. However, I found it to be well-written and engaging. Her story and experience is unique and worth experiencing yourself. Whether or not you agree with how she handled the situations in her life, it’s a good read.