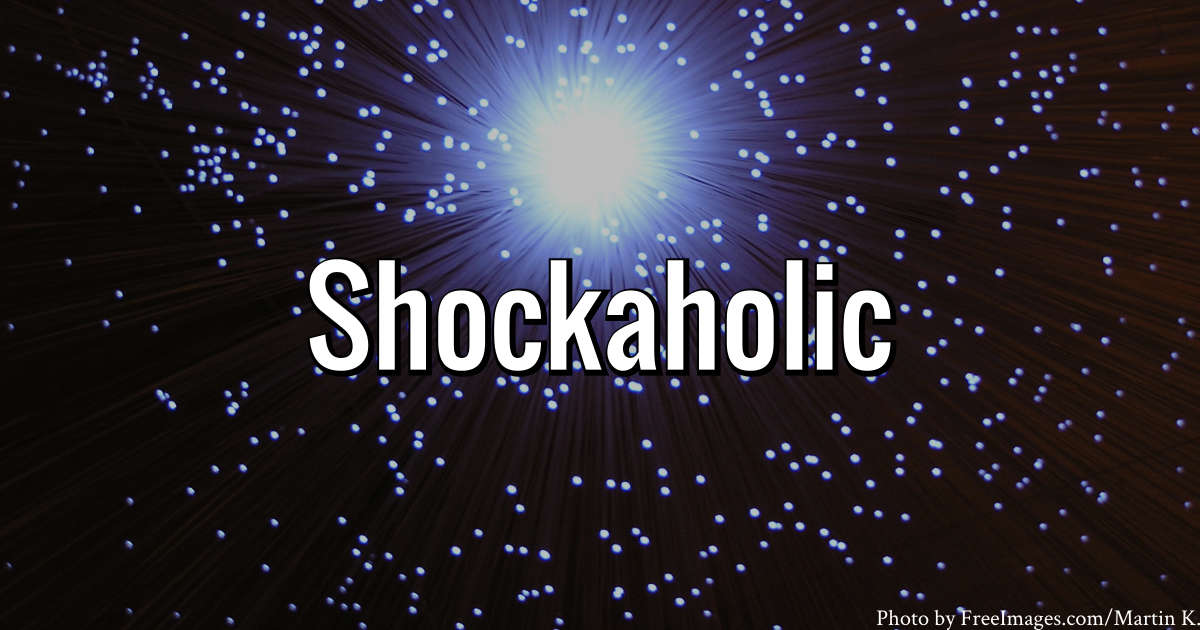 Confession: I did not expect to find myself relating to Carrie Fisher’s Shockaholic as much as I did. After reading and being somewhat critical of The Princess Diarist, I had low expectations for this book. However, after her death, I wanted to read more of her works to find out if I liked her other writings more than The Princess Diarist.

In this book, Carrie Fisher started off writing primarily about her mental health and her experiences with treatments. She reflected upon the way her mental illness made her relate to people, and the treatments that did not work for her. After self-treating her illness with drugs and alcohol for many years, Fisher turns in desperation to electroshock therapy. Although she saw it as a last-ditch effort to be stable, she found that it helped with the bipolar symptoms. Unfortunately it also caused her to have serious difficulties with her memory.

In much of the rest of the book, Fisher mused about those she has lost and death itself. Most significantly, she reflected upon the death of her father. Despite being distant from her most of her life, Fisher gained a closeness with her father during his final years. He moved into an apartment near hers when his health declined so that she would be able to see to his care. His death haunted her in a way that the deaths of her other friends did not.

I found several places of emotional connection with Fisher’s Shockaholic.

Although I did not connect very well with her other book, I found myself finding emotional connections with Shockaholic. I found The Princess Diarist difficult to relate to because of its scattered writing and subject matter. Not having ever had an affair, I had a hard time relating to Fisher in that particular piece. However, in Shockaholic the writing seemed to be a lot more put together. In addition to what seemed to me to be better writing, I found several areas that I could relate to.

I connected with her mental illness.

Just like Fisher, I have bipolar disorder. While the way our disorder presents itself is different, having the same disorder is an easy way to feel connected to a person. The main thing that I found myself relating to, was her treatment. No, I have never undergone electroshock therapy. However, the frustration of feeling forgetful because of the treatment for mental illness is one that I know all too well. Although the medication I am on has done wonders for me (making it so that I do not feel “ill” at all), I have quickly become the most forgetful person I know. I struggle to find things I had in my hand a minute ago (or might still be in my hand). My calendar is a necessary companion, since anything not written down will be quickly forgotten.

I connected with her dysfunctional relationship with her father.

Fisher reflected heavily in her book about her difficult and dysfunctional relationship with her father. She wrote that although it was a difficult relationship, she had a ton of love for him. I found myself reflecting throughout her book on my relationship with my own father. Although the epitome of dysfunctional at times, I cannot help but love him. He’s still my dad. As she described her father’s death and the grief she felt, I could not help but cry. I do not look forward to or want to think about my own dad’s death. No amount of heartache he may have caused makes me wish him dead.

I connected with her grief.

A friend of mine recently died, and I found Fisher’s book to be cathartic for working through my grief. Fisher reflected on the grief she felt at the loss of several friends. She wrote about how she had dreams about them. The world looked different after they were gone. Since my friend’s death, I have had several dreams about her. When I see things I think she’d like, it gives me a pause. Yesterday at the store, I saw a woman who looked so much like her from a distance that it stopped me in my tracks.

“I found myself looking two and three times, again and again, at these glories that I was continuously stumbling across, looking once for myself and once for the one who had gone missing.”

Sadly, my friend is gone. I don’t see her at church like I did before. I try to give her sister-in-law and her niece extra hugs when I see them. An awkward smile for her other family members. Fisher’s book reflected on the memories she had of the friends she lost, and I found myself thinking of the memories I have of my friend’s kindness. I thought of her smile. Her laugh was so genuine. She really was one of the best people I knew, and she really is gone too soon.

Despite having low expectations for this book, I found myself really enjoying it. Carrie Fisher’s writing was better in this book than in The Princess Diarist, and I connected with its subject matter better. She gave an interesting perspective on mental illness, its treatment, and the way it has impacted her relationships. I recommend it over The Princess Diarist if you’re looking for a Carrie Fisher memoir.