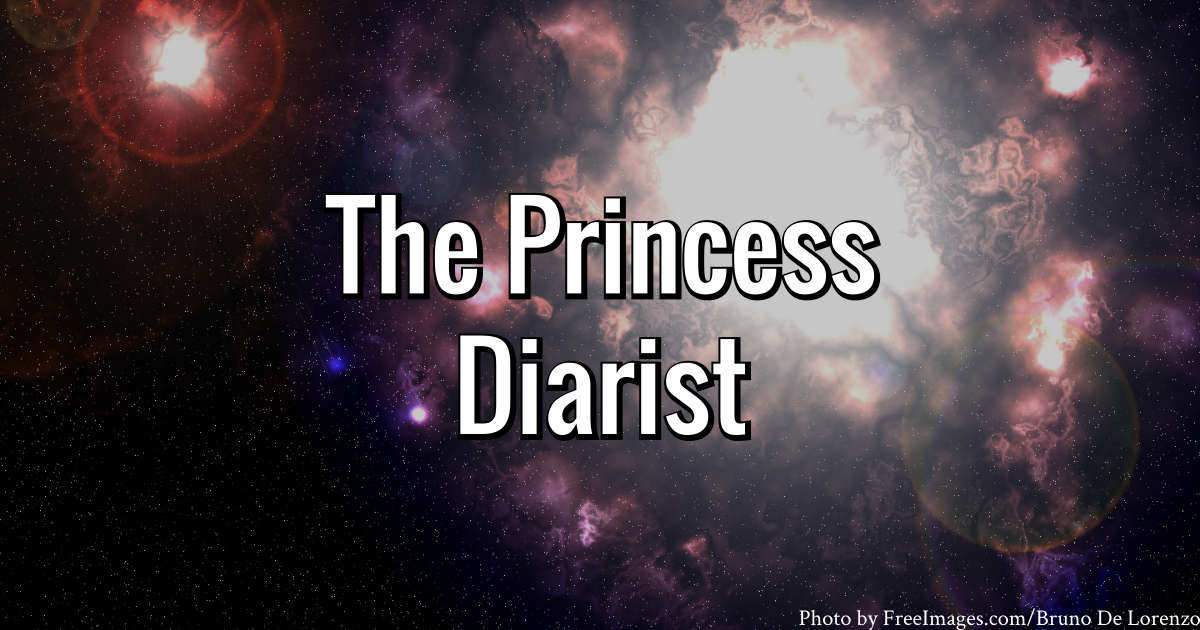 Carrie Fisher’s The Princess Diarist gives readers a look behind the scenes of the filming of the first Star Wars movie. It also allows fans to get a feel for who the young woman who played Princess Leia really is. Fisher’s quirky (and sometimes plain bizarre) personality shines through the pages of this memoir.

Fisher tells her story as she remembers it, despite having told parts of it in other venues. Fisher grew up the daughter of a famous actress and never wanted to be famous. Despite these wishes, she ended up auditioning for a movie she did not think would amount to much. She ended up being cast as the lead woman, Leia, with the stipulation that she lose ten pounds. She signed away her rights to merchandising, not thinking that it would be much income or that Star Wars would become the phenomenon that it did.

In this memoir, Fisher opens up about one thing she has been too ashamed to admit openly for forty years: her affair with Harrison Ford. For three months of filming, she spent the weekends with him. They did not discuss a future together or the fact he had a wife and kids at home. And at the end of filming, the affair ended and they went their separate ways. Somehow, they managed to remain friends and worked together amicably on future films.

Carrie Fisher shows readers her conflicted feelings over her affair with Harrison Ford.

On one hand, Fisher felt like she wanted the affair. She writes that she had planned to have an affair with someone on the set of this movie because an affair was a very adult thing to do. At the age of nineteen, she wanted so badly to feel like an adult. Despite being intimidated by Harrison, she was also attracted to him.

“My affair with Harrison was a very long one-night stand. I was relieved when it ended. I didn’t approve of myself.”

On the other hand, Fisher was so embarrassed by the affair and did not share what happened with anyone for forty years. She did not want Harrison’s wife to find out about their affair. At times she also realized there was no substance to their relationship. They had a physical attraction, but would sit in silence for hours without having any conversation. Beyond that physical bond, there was nothing to their relationship.

This book was difficult to read because of Carrie Fisher’s scattered thoughts.

While it might be considered part of her charm, I found it difficult to get past her writing style. I frequently found myself engaged in pages of good writing about life behind the scenes of Star Wars, followed by a few paragraphs that were so crazy and scattered that it left me confused about everything else I had just read. Throughout the book, there were passages where Fisher rambled about things completely off topic. Sometimes those things seemed completely outside of reality.

In several passages, Fisher confesses to drinking and having smoked marijuana in her younger years. While these may account for some of her strange ramblings, they may not account for all of them. In one passage from a diary she wrote at the age of nineteen, she writes about a fish that came to her on a flaming pie and sat on her window, laughing at her. While this is by far the strangest example, smaller pieces of her writing seem completely divorced from reality (or even reality within Star Wars). While I could probably stand to lighten up and enjoy her quirkiness, passages like this kept me from believing the more “real” feeling passages.

Despite her sometimes rude language and seemingly loose grasp on reality, I would still recommend this book to any Star Wars fan. Carrie Fisher shares her insecurities as a young actress starring in a role that became bigger than she ever dreamed. She writes about the struggles of becoming famous. Her humorous stories and wit are found throughout this memoir of the making of Star Wars.

One thought on “The Princess Diarist”