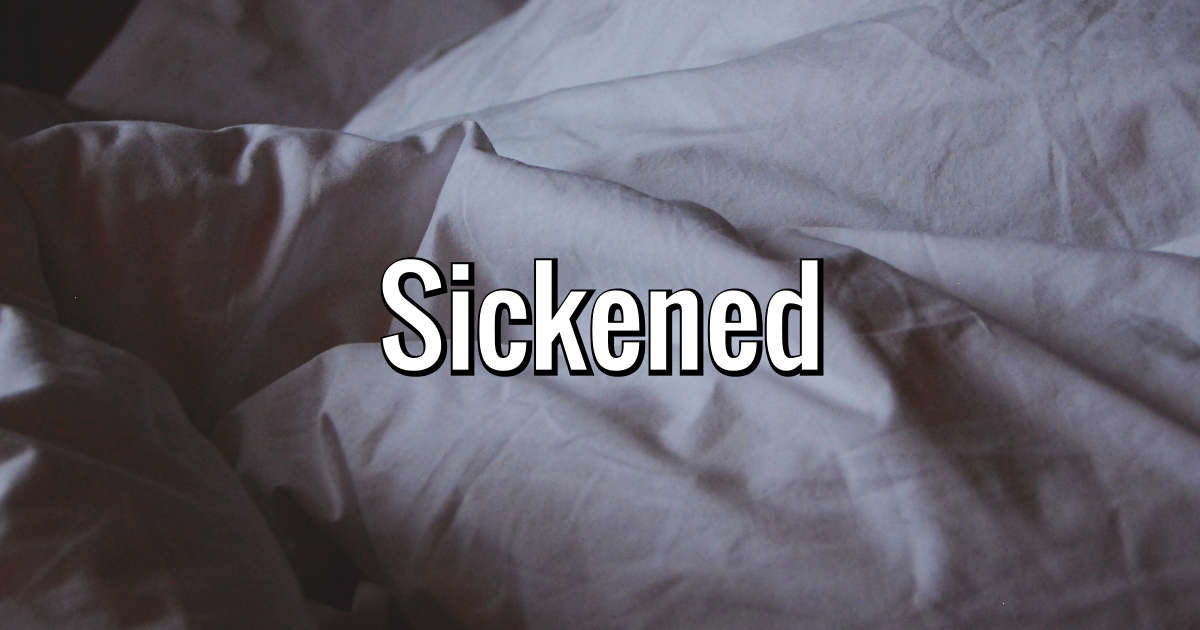 Julie Gregory shares her heartbreaking story in Sickened. This memoir details the abuse she suffered at the hands of her mother, who subjected her to unnecessary medical testing. Known as Munchausen’s by Proxy, those who subject their children unneeded medical treatment gain a sense of importance and needed sympathy because of their roles as caretakers.

Julie was raised by her schizophrenic father and her abusive mother. Her mother started taking Julie to doctors for medical tests she did not need at a very young age. When they arrived at the doctor’s office, her mother would tell her to act sick. In elementary school, Julie began to realize that not all of the symptoms that her mother described were ones she really felt. Even so, she went along with her mother’s instructions. The medical tests became increasingly invasive as she got older. At one point, Julie’s mother even asked a doctor to do open heart surgery on her. When he refused, she became enraged.

The abuse extended outside of the doctor’s office. Julie’s mother would provoke her father into fits of rage. Blinded by his rage, he would beat his children. In one such incident, he nearly beat Julie to death. When Julie was in high school, her family’s home caught on fire while she was spending the night at a friend’s house. It was not until years later that she found out her parents set it on fire to claim the insurance money. This realization, among others, helped Julie to understand the extent to which her childhood was abusive. She sought counseling for her trauma and worked intentionally on her recovery.

The Failure of Adults in Julie’s Life

Besides her parents, many other adults failed Julie during her years of abuse. Most obvious were the doctors and nurses who treated her. While Munchausen’s by Proxy was relatively unknown at the time, the doctors should have noticed Julie’s lack of symptoms or positive medical results.

When Julie was thirteen and about to undergo some medical tests, she told a nurse that she didn’t need the tests because she wasn’t really sick. She told the nurse that her mom was forcing her to pretend. In response to this revelation, the nurse sedated her and continued with the test.

In high school, Julie went to talk to a counselor about emancipation. She told him about all of the abuse. When she arrived home, she found out that he had told her parents everything she had confided in him. She was beaten severely and then received counseling from the school counselor weekly for the rest of the year for her “overactive imagination.”

All of these failures by the adults in her life were heartbreaking to read about. Each time she tried to reach out and get help, her situation got worse in some way. It is my hope that if a child ever reaches out to me in my position in the church, I can get them help without making things worse for them.

Writing – Overall the writing was above average. At times it got very abstract, but I felt that it was a good glimpse into the mind of a very traumatized person.

Story – The story was very morbidly interesting. It had a good pace and kept my interest throughout the entire book. This is a story I will continue to think about for the weeks to come.

Mature Content – There is nearly too much mature content to list. The author uses abundant profanity and a slew of racial and derogatory slurs. While these are things that are coming out of her parents’ mouths, they are still contained in the pages of the book. There are also vivid descriptions of terrible abuse. This is certainly not a read for young readers or for the faint of heart.

Likability of Author – Reading this book, I wanted the author to win. I wanted her to get away from her parents. Although a reader from a healthier background may be frustrated by some of the decisions she made, I found her to be overall likable. It was inspiring to me that she was able to move past her abusive situation.

Sickened was a very intense and interesting read. Once I picked it up, I did not want to put it down, despite its very mature content. I thought that its adult content offered a glimpse into the life of a severely abusive home. Although I have read books about other abusive situations, Julie Gregory’s book offers the unique perspective of a victim of Munchausen’s by Proxy. My main complaint is that the book finished on a cliffhanger that does not appear to be answered in her second book, My Father’s Keeper (according to reviews). I will likely be picking up her other book to read more of her story.